The fifteenth European Digital Forum has revealed a TV industry that has reached a key point in its development with the key players needing to adopt and adapt to new business models in the light of cutting-edge technology and services. 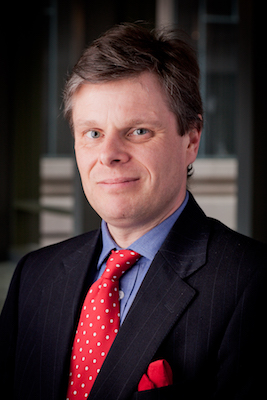 Based in its traditional home of Lucca, Tuscany the conference kicked off with Andy Wilson head of business development at DPP warned that in a market of new global deliverables it was a time for new global strategies and thought. He noted that even though the number of independent production houses has diminished over the last decade, the available market funding has risen significantly, driven by new commissioning groups and partners. He also made the point that the whole competitive landscape has changed with cloud production systems to the fore and indeed becoming mainstream.

Paul Grey research and analysis director at IHS Markit (pictured left) ‏produced the surprising fact that the number of TVs in households define going down throughout developed world and that the industry needed to look beyond the TV screen as consumption trends were changing and not just because of a broader adoption of mobile services.

“Mobile video usage is up and up but the whole story is something more subtle ad we are blurring the boundaries between mobile and TV,” he observed. “Mobile is where people experiment and where new ideas are brought into media ecosystem. There is a consumer habit towards adopting mobiles as screens and content consumed on mobile become more TV-like. YouTube is moving from short video clips to something very like TV and people are coming back to the same sources for new episodes that are quite long. Companies that we associate with pure TV — for example Netflix — are getting very heavily involved in mobile. PCs and mobile are now becoming gateways to increased TV screen usage and on-demand viewing. With the BBC iPlayer [there is a] consumption trend where consumers are using phone to see new services and then transfer viewing to [main] TV for intensive consumption. Outside home usage does not compete with TV but opens up a new audience opportunity.”

Grey also noted that even Ultra HD was moving to mobile, pointing out that Dolby Vision wad now on smartphones such as the LG G6 and that it was likely that consumers’ first experience of HDR will be on a mobile phone. For Mohammed Hamza, senior research analyst at S&P Market Intelligence, the challenge with 4K: the challenge was taking experience from pay-TV to the online world. He described Canal+’s decision in using Apple TV 4K as its de factor set-top-box as ‘ground-breaking’ and that it would be successful in using what he called one of most versatile and capable boxes to buy in the market . Benjamin Schwarz, senior managing consultant of the Ultra HD Forum, added that 2018 would be the year of HDR, in particular HLG and PQ10 services. He revealed that there were 51 active commercial UHD services with an over-the-top HDR 10 live TV channel imminent. Just over a quarter of Ultra HD services used HDR – 50% HDR 10; 43% HLG.